Report on the Big Four Scorecard in Embu, Uasin Gishu and Mombasa Counties

Report on the Big Four Scorecard in Embu, Uasin Gishu and Mombasa Counties

Posted by: Institute of Public Finance
Category: News and Events
No Comments 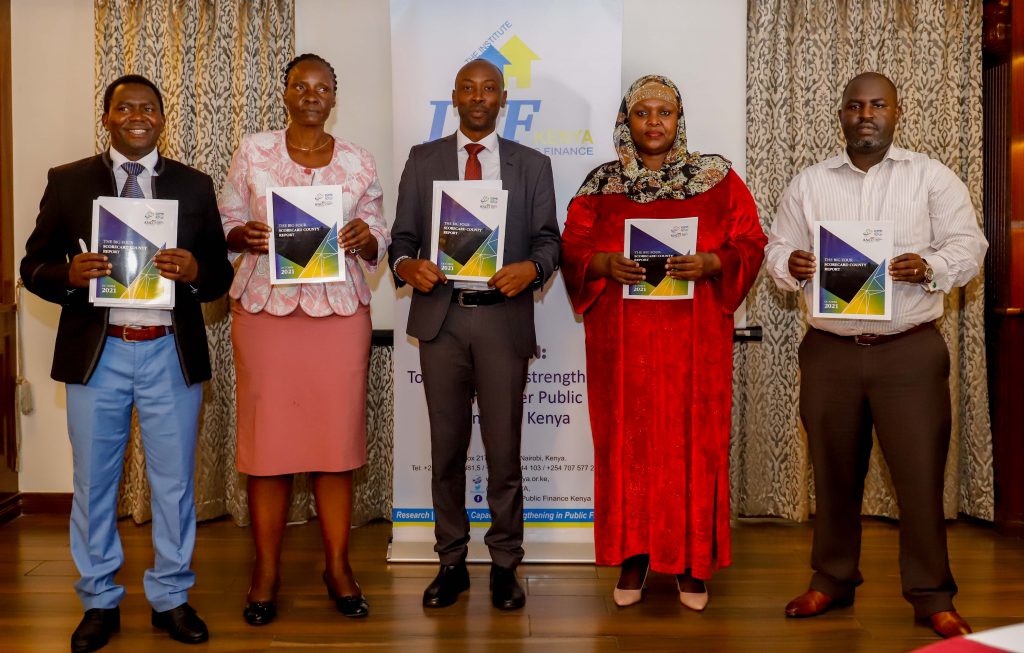 Health and food security have emerged as the key priorities in the County Governments’ development agenda according to the latest report by the Institute of Public Finance Kenya (IPFK)). A majority of the initiatives are ongoing but most of them are way behind schedule with less than a year to the General Elections.

According to the study done across the three counties of Mombasa, Embu and Uasin Gishu to assess plans and budgets and to determine their linkage with the national government’s Big Four Agenda, county governments channelled more investments towards affordable universal health care. This was closely followed by agriculture as part of ensuring food security.

“It is unlikely that the Counties will have realized the objectives of the Big Four Agenda by the end of the current government’s tenure in office. The implementation has been impassive with the Counties having their own set of programs designed to achieve these interventions,” The Institute of Public Finance Kenya Chief Executive Officer, James Muraguri, said during the launch of the Report.

Access to affordable, quality primary healthcare is the cornerstone of Universal Health Coverage (UHC), but many people across the country still struggle to fulfil their basic healthcare needs. The study shows that counties are not only setting up health facilities but are also introducing various initiatives to reduce out of pocket expenditure and improve access to health care services such as enrolment of households to the National Health Insurance Fund, and expanding the scope of services being offered at the sub-County level.

Under the agricultural pillar, counties have concentrated most of the efforts towards value addition as a way of not only ensuring food security but also improving the livelihoods, creating employment and acting as a source of income to rural households. Across the three counties, the achievement of manufacturing was mainly attributed towards value addition being undertaken in the agricultural sector such as milk and maize processing plants and had very little to do with industrialization as envisioned in the Big 4 Agenda.

“The citizens in the Counties are yet to fully benefit from the projects in housing and manufacturing. This has been largely attributed to inadequate resources and late disbursement of funds from the National Treasury. The commitment has been there and has seen many programmes and projects initiated and implemented ongoing. There is a benefit in leadership continuity as this ensures that all projects are completed as was intended,” Center for International Private Enterprise Country Representative Ben Kiragu noted.

“The County should establish mechanisms in collaboration with the private sector that will allow for participation throughout the budget process. This will allow citizens to identify projects whose implementation is not going according to plans and call for action before the end of the implementation period,” Mr Kiragu added.

The Report further recommends for the county governments to prioritize all the stalled and ongoing projects especially those geared towards UHC, food security, manufacturing and affordable housing in the coming financial year; improved domestic resource mobilization to ensure that the Counties have adequate resources for the project and program implementation.

“The devolved units should increase their capacity to generate their own source revenue and reduce its dependence on the equitable share. The County transfers from the National Government are often occasioned by delays and this affects project implementation. As a result, the County will have adequate resources to implement the intended projects and programmes,” Mr Muraguri highlighted.

There is also a need for proper linkage between the county plans such as the County Integrated Development Plans and the Annual Development with the County Budgets. This is to ensure a smooth transition of the intentions made through the plans, what is budgeted for and eventually implemented.

To promote the engagement of the private sector with key decision-makers at the County level, particularly on the Big Four, the Institute of Public Finance Kenya (IPFK), with funding from the Center for International Private Enterprise (CIPE), assessed County plans and project implementation to determine their linkage with the Big Four. The assessment was done using a balanced score through analysis of county plans and budget documents and face-to-face interviews with key decision-makers involved in county planning and budgeting in the three Counties.

The Big Four agenda is an economic blueprint that was developed by President Uhuru Kenya’s government in 2018 to foster economic development and provide a solution to the various socio-economic problems facing Kenyans for the period between 2018 and 2022.

The Big Four Agenda aims at accelerating economic growth through Four Pillars: deliver 100% food security and nutrition through increasing large-scale production of staple foods; Provision of affordable universal health care by 2022; Provision of affordable housing through the construction of at least 500,000 low-cost houses in a partnership with the private sector; and Enhancing the manufacturing sector through the promotion of local manufacturing industry to create employment and reduce the current trade deficit.

Download the full report here and in case you were not able to attend the event, here is a link.