Posted by: Institute of Public Finance
Category: News and Events
No Comments 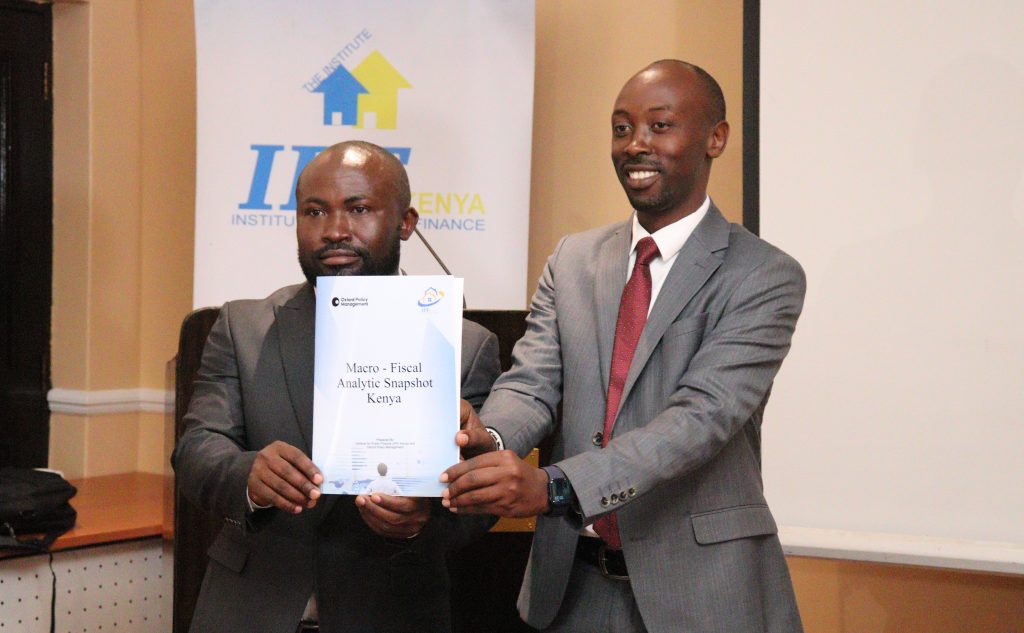 Kenya’s economic damage caused by Covid-19 is worse than originally anticipated, with a downturn that leaves the GDP approximately 9 per cent below the pre-crisis forecast by 2023. Prior to the Covid-19 crisis, Kenya’s public finances were managed in an unsustainable manner, which made the country vulnerable to shocks, stopped the government from mounting a very significant stimulus in 2019/20, and now leaves it with a pressing need for fiscal consolidation going forward.

James Muraguri, the founder and CEO at Institute of Public Finance, says, ‘‘the PFM system in Kenya still faces some critical weaknesses. The national government has continued to make efforts to strengthen budget transparency, but county information is limited. At the time of writing, county governments had not made their FY 2021/22 budgets publicly available, and there continues to be no ‘one-stop shop’ for accessing county budgets.’’

The Institute’s Head of Research, John Nyangi, adds ‘‘to achieve the current Universal Health Care (UHC) health reforms, Kenya must increase per capita health funding from $55 recorded in 2018 to the international benchmark of $86 through fast-tracking of National Health Insurance Fund (NHIF) reforms.

Out-of-pocket (OOP) per capita spending has also increased to $22 in 2018, as compared to $19 in 2017. There is a need to reduce OOP expenditure to cushion citizens and reduce financial risks when accessing healthcare. Additionally, the government should prioritize the allocation of adequate resources to the National Immunization and Vaccines Program (NVIP) as well as Covid-19 vaccination rollout’’

Fiscal deficits of 8 per cent of GDP in 2019/20 and 2020/21 (estimated) are expected to push debt to over 70 per cent of GDP by the end of 2021/22, with Kenya continuing to be assessed as being at high risk of debt distress by the IMF. Government plans to narrow the deficit imply significant cuts to public spending from 2022/23 onwards, at both levels of government.